Reading Thich Nhat Hanh yesterday, I came across the lines: “I have arrived, I am home / in the here and now. / I am solid, I am free / In the ultimate I dwell.” Last night K and I walked the labyrinth over at Boston College and the first of the lines stayed with me, adapted a little:  “I am here. I have arrived. I am home.”

I passed on the opportunity to gather with others at the State House and chose this more solitary act instead. It was too cold to watch every heel/toe/breath but I sometimes sent a prayer heavenward: “get him out peacefully”.

All that urgent yearning and: “I have arrived. I am home.”  Such contrast!

Today, my sister and I shopped for our holiday dinner at a little Salem market called Steve’s which she insists on calling Frank’s, a fact that would amuse you if you knew my husband’s family. Anyway, bringing my bags out first so that I could return and get her bags second, I repeated: “I am home. I have arrived. I am here.” Crossing the tarmac with plastic rattling — such an ordinary moment and one that I might normally on some level rush to get through! Instead, those grounding and life affirming words: “I am home.”

On the second trip out, imagine my delight when, just after repeating, “I am here,” I looked up to see a banner half a block away reading: Where You At?

We had liverwurst with wasabi and mayo on pumpernickel for lunch and I left in time to miss the 3:00 school and shift-change traffic. It was a “yes” day.

And just now, I finished a Pussyhat for a friend marching on Washington next month. They’re supposed to be knit and I plan to also knit a few when my pink yarn arrives, but in the meantime, this one was constructed out of a cashmere sweater, polar fleece, and wool felt. (Pussyhat Project).

Don’t ask me why or how, but it feels like “moving on”. 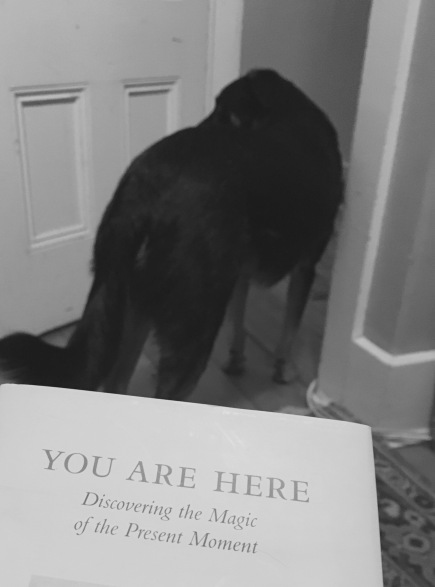 Two weeks ago, I was going down various paths on the internet which sometimes feels like going down a rabbit hole. Down and down you go! Poof! There goes the morning.

Some of the search terms: charms, voodoo, voodun, sigils, veves, Celtic knots, hemlock, protection. Remarkably enough, at some point using the query “veve, protection,” I came to a site with information about Yoruban cosmology that included a picture of the walking labyrinth at Boston College. It is particularly remarkable when you consider that by then I was specifically hoping to find a symbol from my own (Irish) tradition.

And there it was: not only my tradition, but my neighborhood, and even, my alma mater (which a friend reminded me means, “nurturing mother”) (BCLS ’89). This labyrinth is less than two miles from my home. So, of course I went. 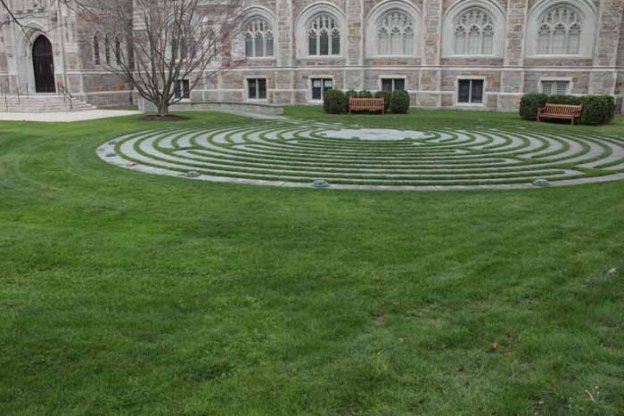 Based on a pattern found at Chartres Cathedral, it is a unicursal — meaning that there is only one way in and one way out. The labyrinth was built as a memorial, dedicated to the twenty-two Boston College alumni who were killed in the 9/11 attacks. 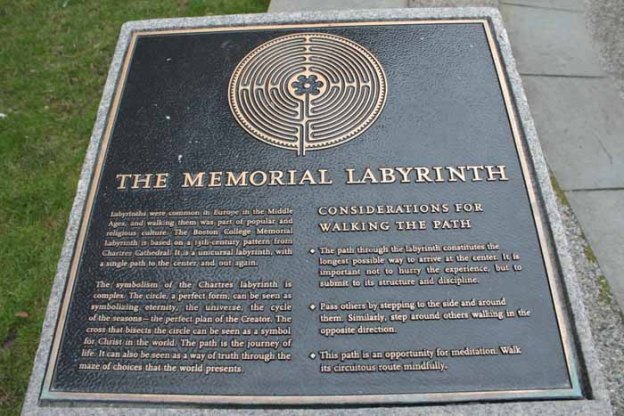 The design was an aid to meditation because no choices needed to be made about what direction to pursue. As I walked it, I prayed for my sons, for the descendants of the enslaved, for justice and peace and healing for our country — the usual, urgent things. But braided in and around those other things, was the prayer that I could somehow come to more regularly believe in my own essential goodness. It took about an hour. Afterwards, I felt grounded and renewed.

I went into the library and found more lovely and potent Celtic images — I’ll save those for another time perhaps.

Here is the charm I came up with. It’s a first pass and not original. 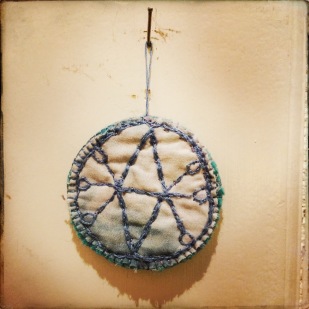 I like how the photo on the right crops the door molding into a crucifix.

Before the labyrinth walk, we went to Montreal. After, Schenectady. This weekend we will lay down compost and mulch and I will cook chicken and wilt greens with loads of garlic and we will figure out where to put some of my son’s things.

And: I will finish the Hearts for Charleston quilt (she said, but really meaning it). The front has been done for weeks but the labeling continues. Liz Ackert helped out generously by supplying some very beautifully stitched names. I am writing up the cover letter and ‘legend’ and will photograph the piece as soon as the last labels are on. My goal — by Friday of next week.

The first anniversary of the Emanuel AME murders in Charleston is only five weeks away.