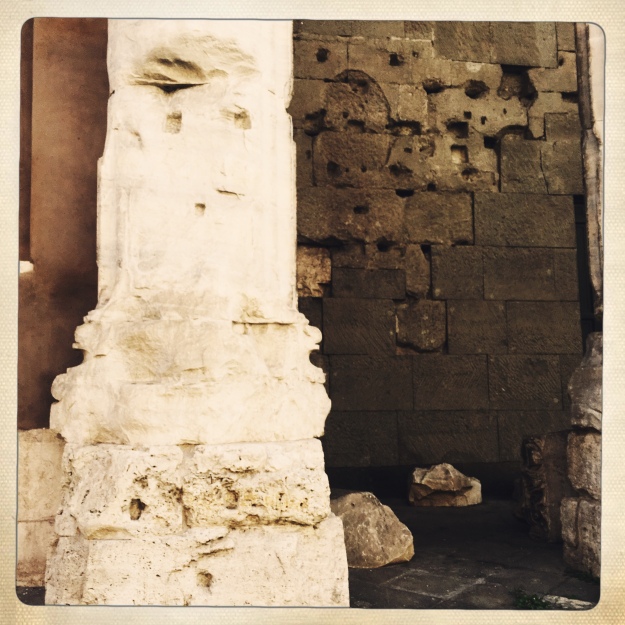 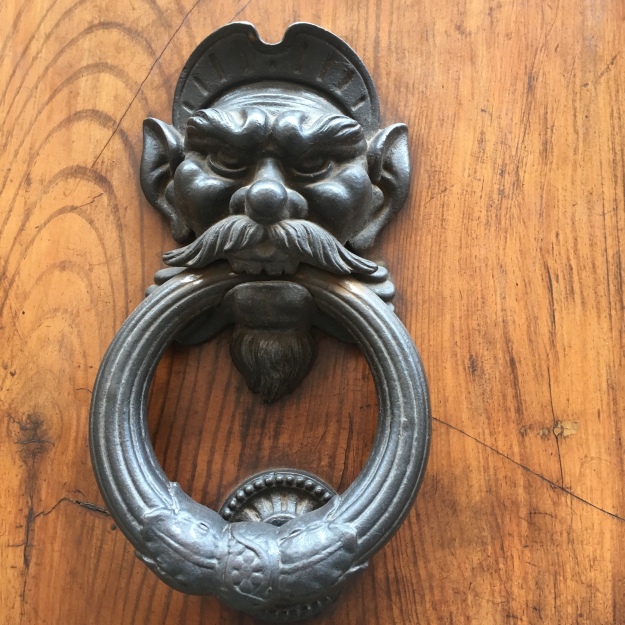 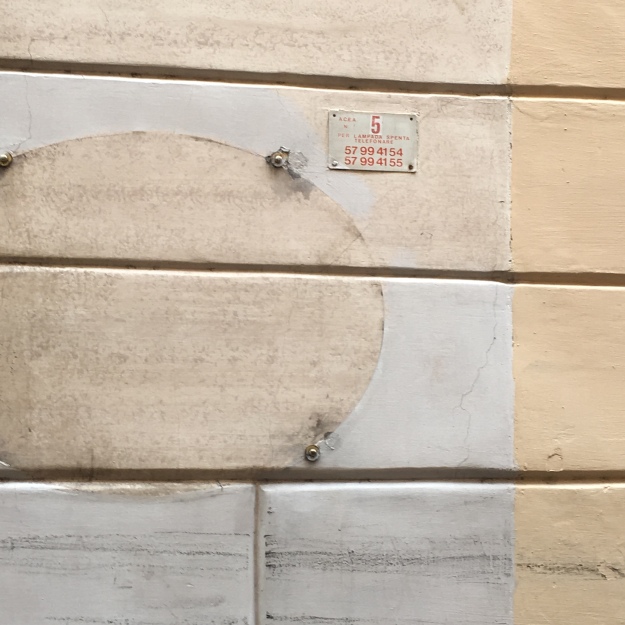 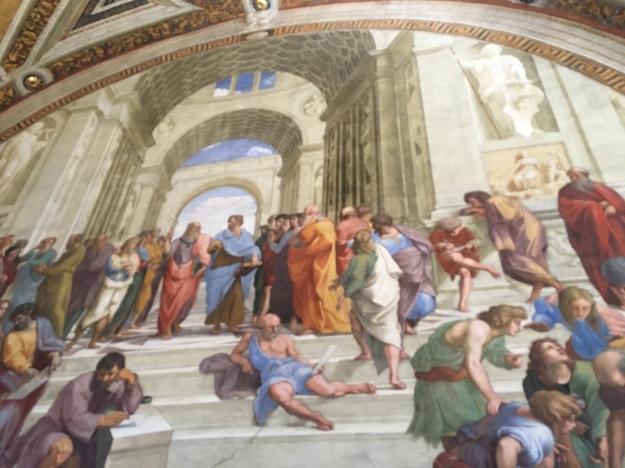 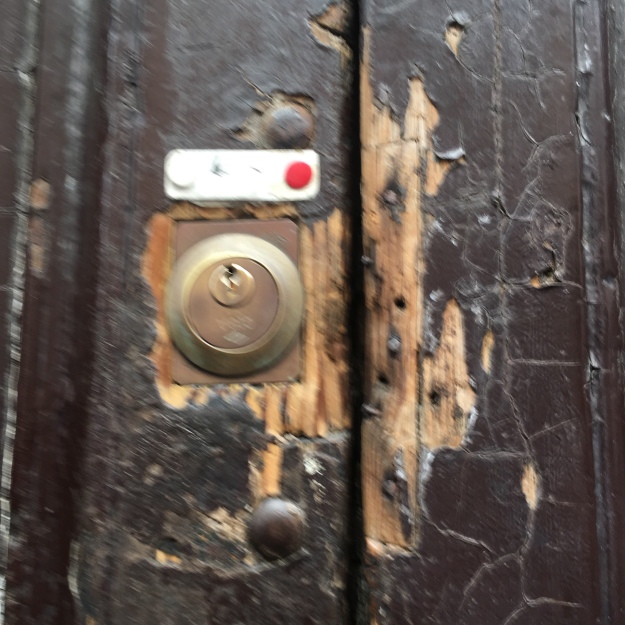 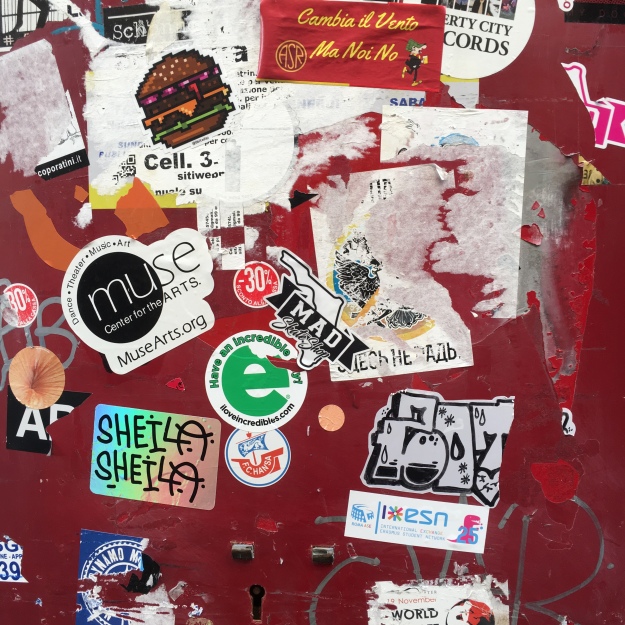 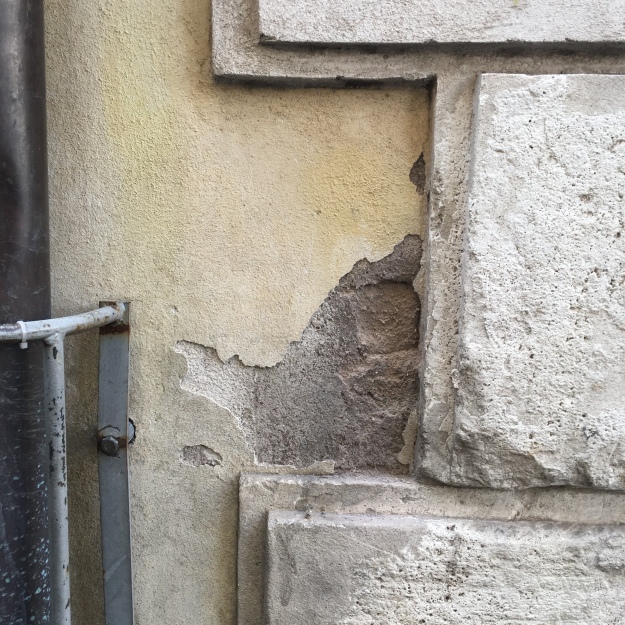 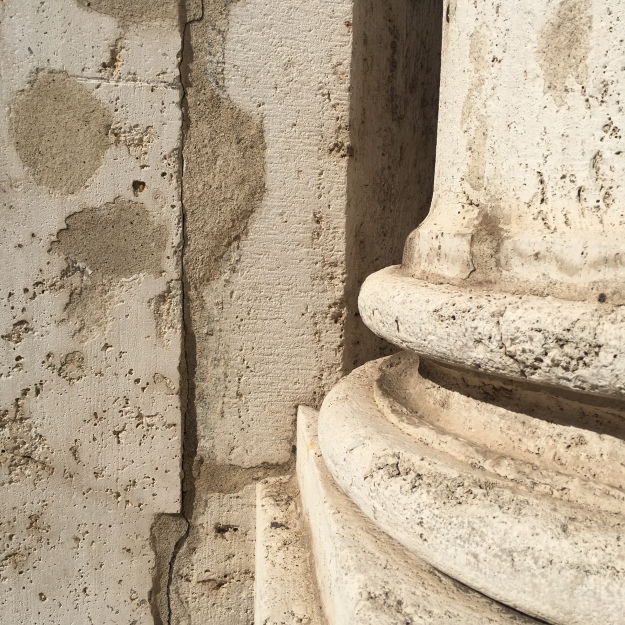 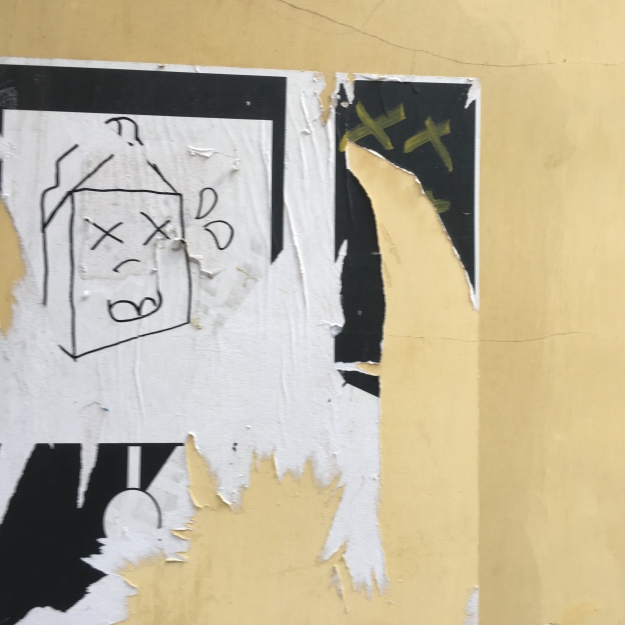 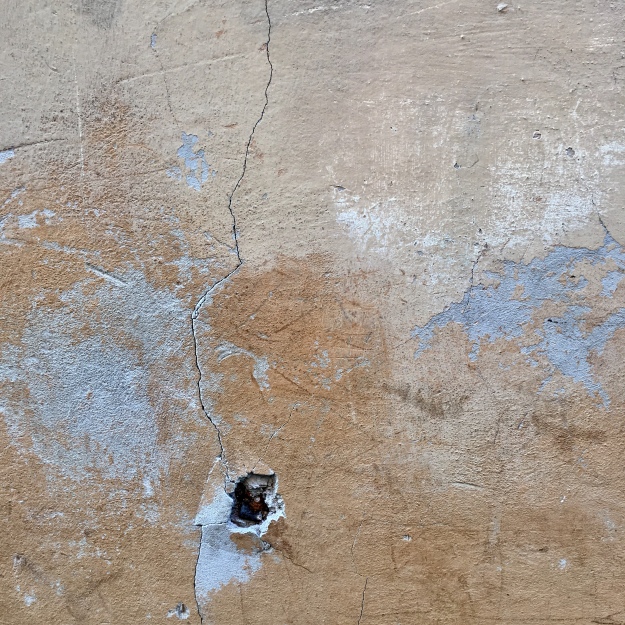 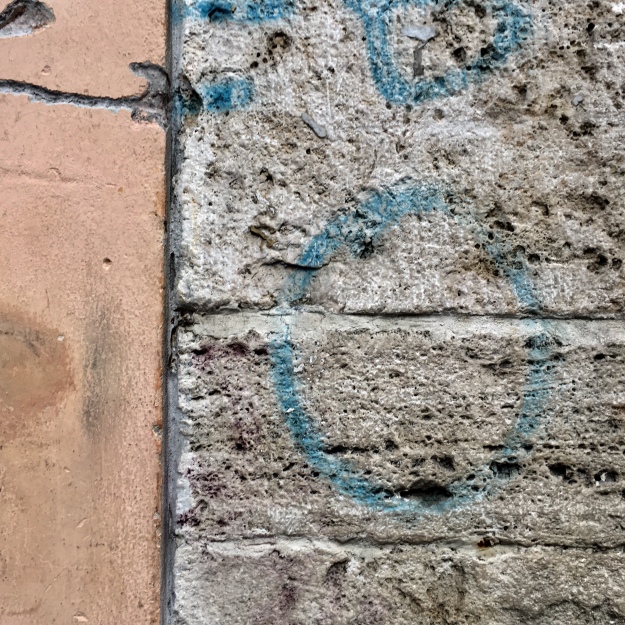 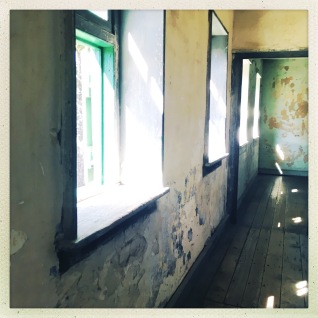 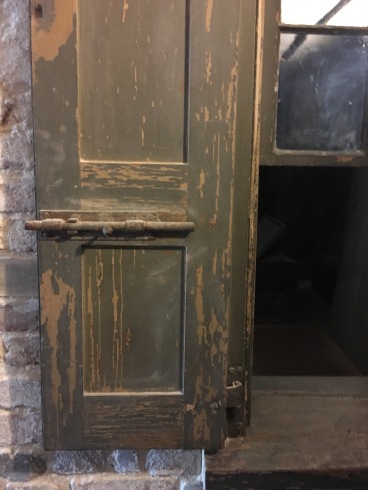 Ruin porn is a thing, you know. I learned the term after Season One of “True Detective” which was set in Louisiana and featured one ruined landscape after another. This post’s photos were taken at the Aiken-Rhett House in Charleston, SC. It’s a site dedicated to preservation rather than restoration, meaning a tour affords a gorgeous array of distressed surfaces. Evidence of life, sorrow, styles, labor, wealth, oppression, and the passage of time are made plain on every surface. I love history speaking this way. I find the peeling paint, scraped up wall paper, splintered wood, and decaying furnishings so evocative. I know it would make you swoon, too.

But here’s the thing: distress of the soul does not enamor me. It most certainly does not make me swoon. It is NOT where I want to start, thank you very much Pema Chodron.

After a morning of being told how unsympathetic I am, hearing my sister’s reports of ongoing (possibly life threatening?) diarrhea, and making multiple calls to arrange the dissembling of one hospital bed and the delivery of another (there is such a long and fraught story there), I’m on to ordering sheets and mattress covers and protectors, with a sick feeling in the pit of my stomach. I just want that feeling to go away.

And then, there’s how the dog lunged at people this weekend! It’s discouraging, hard not to blame myself, or feel a stab of self-pity — (“Couldn’t I have gotten ONE easy dependent,” goes the whine). I’m watching Cesar Milan and adopting his interventions but worry they won’t work because I lack inner calm and confidence. (“My dog makes ME anxious not the other way around!” goes the defense). Finn’s distress might be partly physical, too — oh how he itches lately! He’s always been allergic, but that too has worsened. So far efforts to identify an allergen have failed.

Writing’s hard and sometimes (truthfully — OFTEN) I just hate it. Love it. Hate it.

There’s a new house renovation four doors up the street, meaning the summer of ’17 now rolls into its ninth or tenth week of jack hammering. On Friday I just couldn’t take it anymore and fled the house as if my pants were on fire. Writing in a coffee shop turned out to be a good thing, but still…

Then there’s the absence of compensatory external rewards, like you know, a paycheck or communicative children. from “The Holy Grail”

I DO KNOW it could be worse, because it could always be worse. (Think: Monty Python’s crucified characters singing: “always look on the bright side of life!”).

For instance, I just read about a father who traveled to Texas last week with his family so his son could have brain surgery. The parents were stranded at the hotel, unable to visit their hospitalized boy on account of the flooding. The poor man said, “It’s bad enough that my son has to have brain surgery without also having to deal with a hurricane.”

So yeah. I have a lot to be grateful for. Today? The sun, the cool air, the time to write, the financial support to write, a stocked fridge, noise-cancelling headphones, tons of state-sponsored care for my sister, an upcoming trip to see Son #2, the coming of fall, friends, ice cream.

Ta-da! What’s on your gratitude or complaint list today?

Here is a 38-second YouTube video of the cloth I’m working on flapping in the wind during a boat ride this past week.  Watch for the moon.

The white bands of stitching were added to the moon’s surface last night. More needs to be done to stop that off-white square from resembling a Triscuit. Triscuits look woven. So was this: 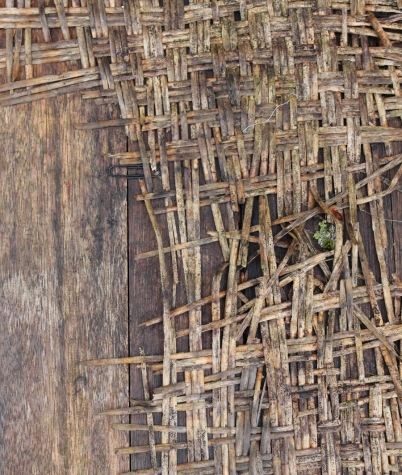 Yesterday, K. and I finished watching the spell-binding first season of ‘True Detective’ — a Louisiana murder mystery with Matthew McConaughey and Woody Harrelson. Holy cow!  The sociopath was deviously smart and a worthy opponent of two driven and clever detectives.  The creep could do voices, accents, and evade capture for decades.  But he also made these very cool pagan-influenced twig and rag and bone sculptures that I just loved (think: Andy Goldsworthy).  It was odd to be enamored of the evil character’s creations.

My cousin Ginny Mallon (photographer/painter/blogger) has been exploring all kinds of ruination, especially along coastlines.  Most recently she photographed Dead Horse Bay, which is in Brooklyn near the Marine Parkway Bridge.  Its beach, “Bottle Beach” is so full of garbage from such a long span of time, that it’s considered a ‘living museum of trash’.  Inexplicably, her photos of the garbage are gorgeous.

Driving from Newton to Brookline today, I almost stopped to photograph a robust rose bush spilling over with vermilion flowers. It screamed ‘summer’. It was beautiful. This is almost the exact opposite impulse of the one I documented a few weeks back — the desire to shoot pictures of parking lots, guard rails or gas stations, in part to upend a narrow sense of what constitutes ‘beauty’.

I guess I am allowed to feel both urges. This door was captured about a year ago after fabric shopping in Arlington, I think.

Debbie’s comment inspired me to find out who designed the sets for ‘True Detective’.  His name is Joshua Walsh and you can read about him here.   The ‘vulture’ blog post had this to report: “’He’s the son of a family that ran a funeral home, and he’s an avid hunter and taxidermist — basically, the perfect dude for the job,’ DiGerlando told Vulture.”

I had just commented below that Louisiana itself is a landscape of ruination, and one we’ve seen before in ‘True Blood’ and ‘Beasts of the Southern Wild’.  It is was no surprise to discover that Walsh also did the set design for ‘Beasts’.