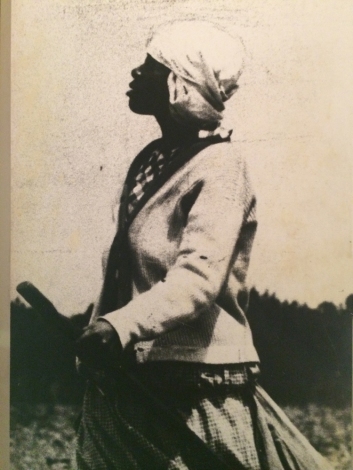 photo of photo in the Charleston Museum

“Blood and Indigo” — that’s my working title for a novel about slavery and planters taking place in the mid-eighteenth century in South Carolina.  I wasn’t planning to be so open about the project just yet (though I am now more than two years into it), but there is an indigo workshop being held in September just outside of Charleston and I’ve launched a kickstarter campaign to try and garner the cost of the class and a rental car (I have miles).

It would be so perfect!  I traveled to Charleston this past April, as some of you know, but was only there for a short while — I took tons of pictures and did two plantation tours and visited the Chalmers Street former slave auction site and spent two afternoons in the Charleston Museum,  but this would be fabulous — I’d get to see the area in the fall (and take tons more pictures) and the indigo!!  Well, check out Sea Island Indigo!! 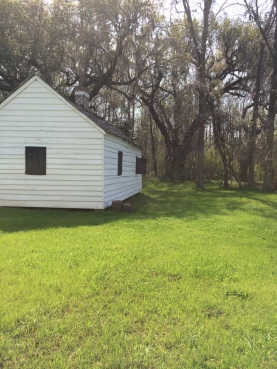 It all started with a book by India Flint called “Eco Colour”.  In it, she devotes a page to the colonial settler, Eliza Lucas Pinckney, and her work with indigo.  Next came Eliza’s letters.  Once I started asking myself, ‘what were the lives of her slaves like?’, I was off and running.

For more than two years now, I have been writing, writing, writing, and researching, researching, researching (there’s an example of great writing right there!). I have learned so much about American history that I feel like a different person than when I started out.  Reading history about the enslaved changes you. Details about the slave trade, the slave codes, the brutality, the labor practices, the attempts at rebellion, the words used by the elite to describe “their” African Americans — all change you. The most recent and best thing I have read about racism (I cannot recommend this article enough) was published in a recent issue of The Atlantic Monthly, and it’s called “The Case for Reparations”.  Written by Ta-Nehisi Coates, it is hard-hitting, incredibly full of examples of ongoing harm, and it will make you shake your head in sadness and wonder at what we are — we Americans, this America.

An African American crafter, as part of the weekend, will be teaching participants rag quilting and talking about Gullah culture.  I cannot say how perfect this event feels as a boost for my writing project! 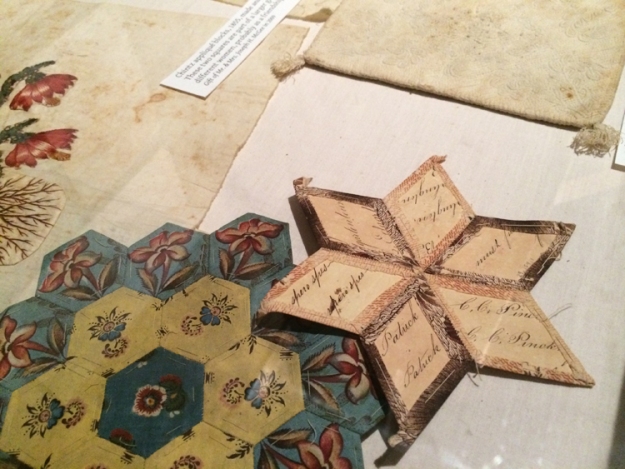 paper piece revealing what must be the name of one of Eliza’s sons, Charles Cotesworth Pinckney

Even if a donation does not make sense for you at this time, please share my excitement for this work!  And now that the cat is out of the bag, I will feel freer to discuss what I am learning here on the blog, and hope you will gladly come along for the ride.

23 thoughts on “Blood and Indigo — the great reveal”