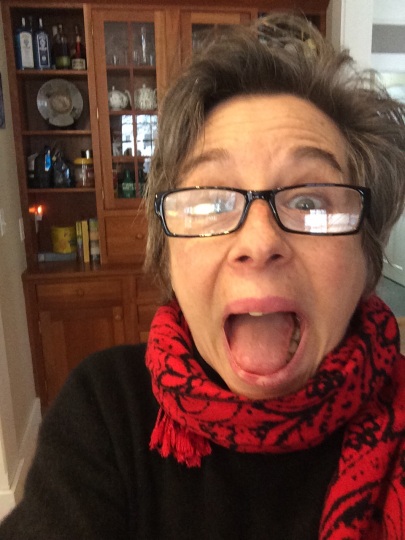 What was I saying about peaceful sanctuary?!! Finn is having one of his power puppy naps right now or I’d be pulling on my boots, or taking off my boots, or filling a KONG toy with peanut butter, or removing the book from his mouth that I thought was out of reach (but wasn’t) (have I shared the Chew Literary Ratings yet?), or training him to like the brush, or acting like I’m training him to like his crate (and failing), or texting a friend to babysit him while I go to the dentist, or watching the weather report with a slight air of desperation, or chopping ice off the steps while he watches from the other side of the door, or throwing his rope toy out in the deep, deep piles of snow, and laughing at his leaping retrieval and energetic waggling, or shoveling snow from the fence line because he is fractions of a second from realizing he can STEP over the fence (that honestly, even without snow he could take at a running leap), or walking him while busy scanning the horizon for other dogs, or constructing a barrier to place on top of some fabric laid out in the hopes of constructing some tiny quilts (the final kickstarter rewards) wondering if I’ve hidden them sufficiently (for in canine eyes they are mere provocative chew tidbits).  So, the mantra ‘for now’ sounds perhaps like a spiritual mandate to live in the moment, but it is really part of the strenuous self talk necessary to get through this phase. Say and repeat 20 times:  “this won’t last as long as it did with kids / this won’t last as long as it did with kids… ”

And, just for the record? I refuse to go to that place where I judge that part of me that has historically made life difficult for herself, in all kinds of ways… because I really, really don’t think this is about that, and even if it is — so what? We wanted a dog. We got a great one. And a lot of this is weather-related (the boots, gloves, the insecure perimeter, the cold, the tight channels of snow for walking) — and not about me at all. More snow on the way. And bitter cold, too.  So!!!!!!!!!!!!!  Not a complaint. This is not a complaint. A public scream, perhaps. Perhaps, a flip side of yesterday’s post. Inspired in part by ‘hand stories’ showing-the-back-of-the-cloth post.