I plan to make stock. Finish reading someone else’s novel about Eliza Lucas Pinckney. Play “the rope game” out back with Finn. Stretch my neck. Fill a few pages. Just added a new category to this blog: “Winter”. 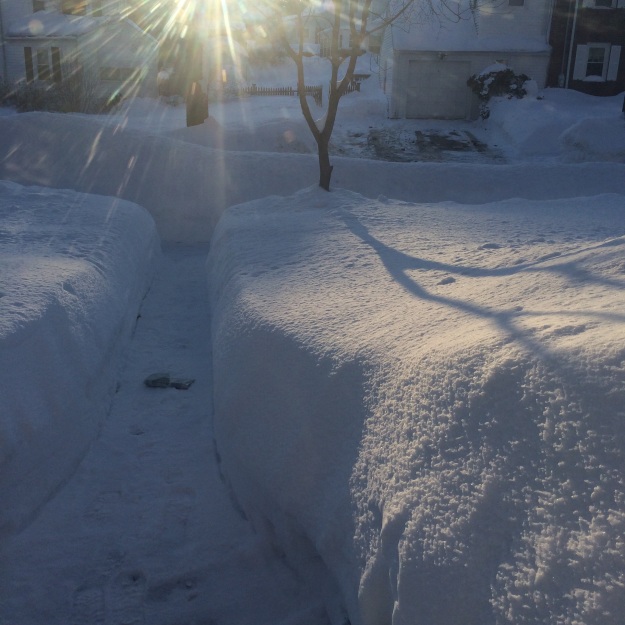 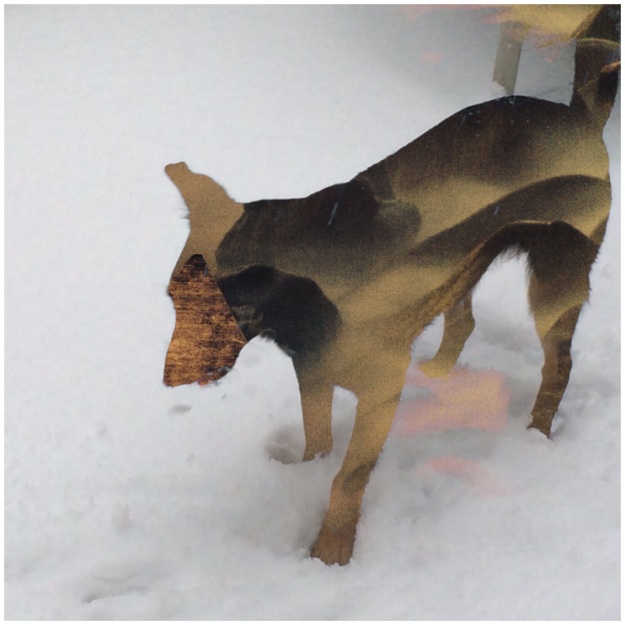 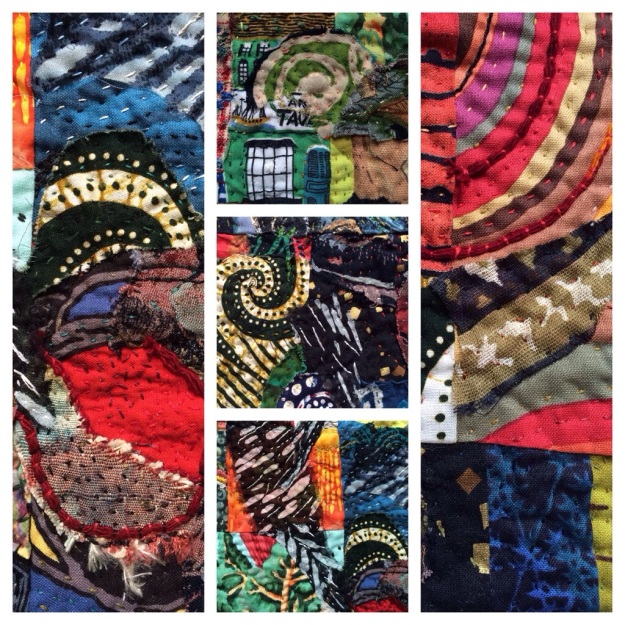 Storms abound in this quilt. 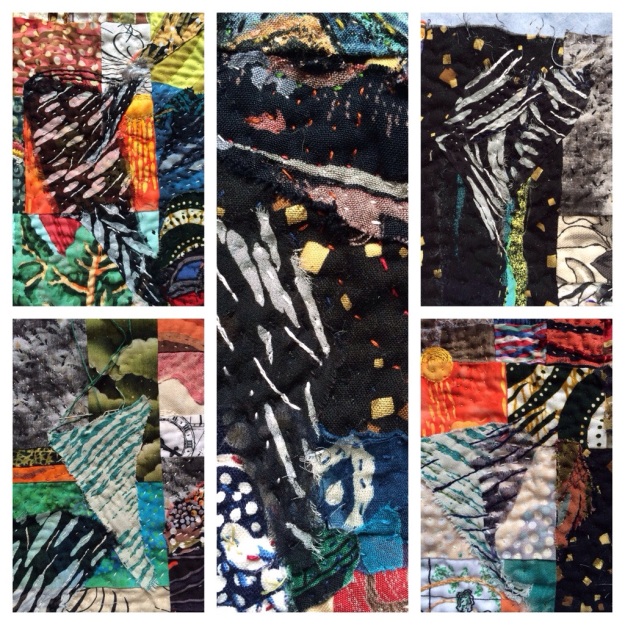 But there is sanctuary, too.

One window still in progress

There’s that wool challis from a scarf my mother wore

there’s a piece from those childhood curtains

rayon overalls with scenes from NYC 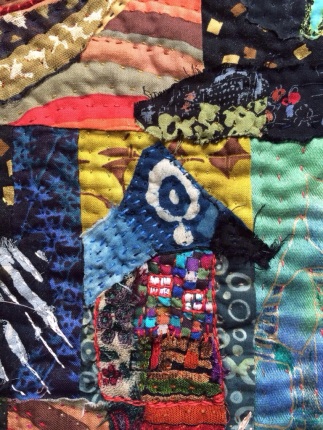 one corner of this roof was dipped in my indigo pot

Committed. And aware my efforts may not work how I want them to — do the added lines unify? Or create more distracting patterning? I shall have to wait and see.

Today’s On Point radio program (with Tom Ashbrook) focused on how the lowered volume of the Mississippi River is forcing businesses to find alternatives to river travel…how the federal government can’t sufficiently address the problem even on the micro-level of funding a study… how water might become the precious commodity that oil currently is (on this point, one caller queried, “why else would Ted Turner be buying up 1,000’s upon 1,000’s of river front properties!!?”).

This quilt is called “Long Island Blues” because it was pieced while waiting to hear how friends and family on Long Island fared in the aftermath of Hurricane Sandy.

Because the quilt is more about rising water levels than about the destructive winds and tides of these increasingly common giant storms,  the composition has a quietness to it.  There is nothing quiet about what is happening, of course.  We should, as a nation, be acting like those poor orcas trapped in the Hudson Bay, breathing out of a ridiculously small area of open water — arching, leaping, arching, leaping for air in pure panic.  Instead, we are still trying to fend off those who say climate change isn’t real?!  And still making excuses for the failure to SPEAK OF THE PROBLEM, because it is political poison?!

I can hardly think of a situation that could be more pervasively or profoundly demoralizing (oh yeah, which reminds me, I’ve committed to being more CHEERFUL in 2013).

My younger son had to write an essay about the ‘American Dream’ last week – what it is, how his relatives may have lived it, how he views the idea as it relates to him.

“… the American Dream is an illusion,” he started out.  “It may have existed at one time, but it doesn’t anymore.”

Remember when scientists (I’m talking pre-Rachel Carson, or her contemporaries) thought that technology and innovation could solve anything?   The generation of kids approaching adulthood are not afforded that optimism.

Perhaps it is setting myself up for failure to ask that I become more cheerful.

Perhaps it would be more realistic to figure out how to bring my heart and soul to the problem of global warming in a whole new way this year (and mightn’t that make me feel better? maybe not more cheerful, but more engaged, more useful…)

Have you made any commitments toward being less of a consumer this year?  If so, what?

P.S. “Long Island Blues” features antique linens that were gifted to me, linen and silk that I was allowed to take from the scrap pile of an upholsterer (some of which I dunked in my indigo bucket this summer), a skirt that I bought at the warehouse that receives goods after they don’t sell at Salvation Army, a repurposed piece of a Tibetan Prayer flag, a shirt from Supersavers that also went into the indigo vat, three small chunks of quilting cotton bought at a fabric store, and lastly one piece of blue and white linen bought in the Fashion District of NYC about eight years ago (I still have a little more left!!)