Last fall, I found this nest on the lawn of The Royall House and Slave Quarters, in Medford, Mass., after spending a night in the quarters as part of The Slave Dwelling Project (blogged about here). How could I NOT pick it up? And how could I not feel a little ambivalent about picking it up? It spoke to me of fragile lodgings and displaced homes. The act of scooping it up as “mine”, referenced ownership, improper and otherwise.

But I took it. And housed it with care.

Last week, this bird doll and the nest and a reading of “The Logbooks – Connecticut’s Slave Ships and Human Memory” by Anne Farrow all came together. (I am almost done with the book and sooo wish I had heard Farrow speak recently at The Royall House. She authored another book called: “Complicity: How the North Promoted, Prolonged, and Profited from Slavery“). 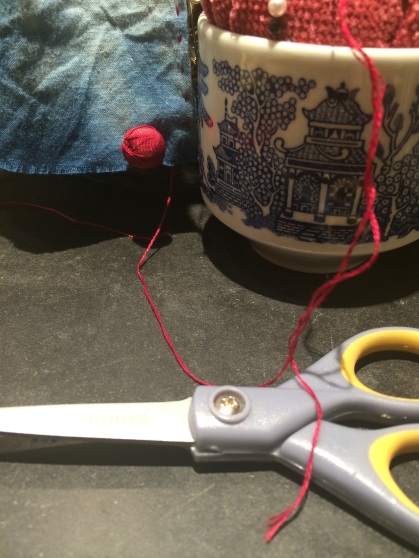 It felt proper to include some cloth that I dyed under Donna Hardy’s tutelage in South Carolina as part of The Sea Island Indigo Workshop (blogged about here and around there).  Afterall, the indigo we used had provenance to the time of slavery, and the land itself had been worked by the enslaved. I marked 25 places in the hem, so that I could stitch blood-red beads — with each one standing for a decade of slavery. 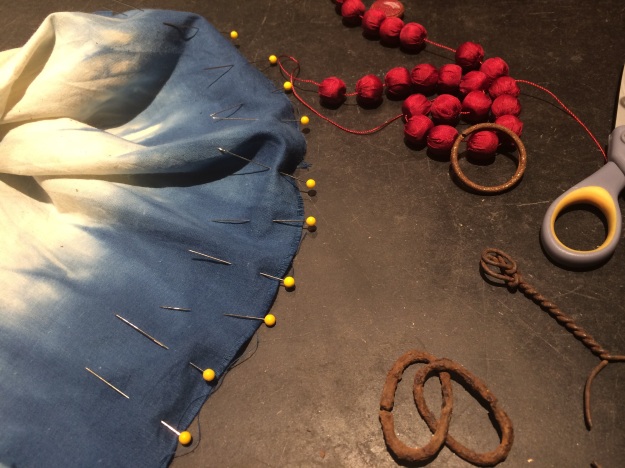 I poked around my studio and found some rusty bits, too. 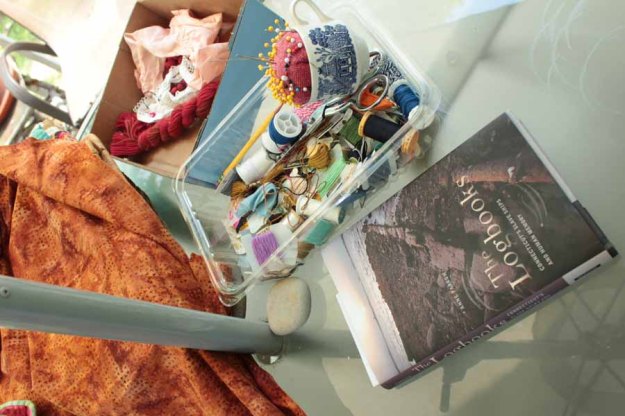 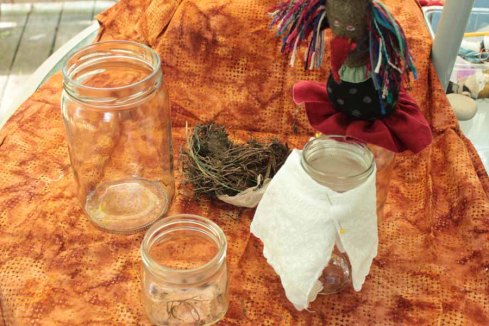 To keep the nest visible, I selected a wide-mouthed jar for the base. (The white cloth was rejected).

A certain somebody, who likes all of my cloth projects, seems to have an especial fondness for this one. He stole it off the table and chewed it down in the dirty back yard twice, and stole it from the living room coffee table once, and managed to eat three or four of the silk beads during yet another unattended moment (silly me! — I have more, beads that is, and well, also, unfortunately, moments of not paying attention). The doll will get made. Finn seems dedicated to calling HER ownership into question as well!

The next post will feature some content from “The Logbooks” and some ideas about dealing with this particular ambivalence.

4 thoughts on “Keeper of the nest”